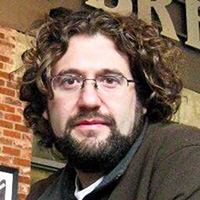 CRAQ’s researcher, iREx member and Bishop’s University adjunct professor, Jason Rowe, is the recipient of NASA’s Exceptional Scientific Achievement Medal for his contribution as a team member for the Kepler mission, one of the most successful science experiments of recent times.

Since 2009, the 0.9m space telescope named after the 17th century mathematician and physicist, has discovered thousands of exoplanets — worlds orbiting other stars – as well as tens of thousands exoplanet candidates. Jason Rowe’s work focused on deciding which of the candidates found by Kepler were indeed actual planets.

In the past, this generally involved measuring stellar radial velocities with large, ground-based telescopes. The one-by-one scheme was a bottleneck that limited confirmations to no more than 200 per year, worldwide. Rowe developed a statistical analysis called validation by multiplicity which allows bulk checking of planets by the hundreds, increasing planet-hunters successes. “It’s the difference between building something in your garage and industrial production”, notes Rowe. In 2014, his work resulted in the validation of 715 new exoplanets, doubling the number that were known.

It is with great pride that the CRAQ congratulates Jason Rowe for winning this prestigious award.