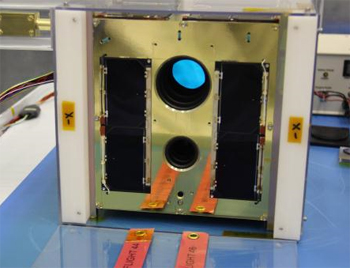 Two nanosatellites were launched from Yasny, Russia, at 15:11:11 Eastern Daylight Time today by Anthony Moffat, of the University of Montreal and the Centre for Research in Astrophysics of Quebec, and the Canadian research and technology team he leads. Costing a fraction of conventional space telescopes and similar in size and weight to a car battery, the satellites are two of six that will work together to shed light on the structures and life stories of some of the brightest stars in the sky, uncovering unique clues as to the origins of our own Sun and Earth.

Together, the satellites are known as the BRITE-Constellation, standing for BRIght Target Explorer. “BRITE-Constellation will monitor for long stretches of time the brightness and colour variations of most of the brightest stars visible to the eye in the night sky. These stars include some of the most massive and luminous stars in the Galaxy, many of which are precursors to supernova explosions. This project will contribute to unprecedented advances in our understanding of such stars and the life cycles of the current and future generations of stars,” said Professor Moffat, who is the scientific mission lead for the Canadian contribution to BRITE and current chair of the international executive science team.

Luminous stars dominate the ecology of the Universe. “During their relatively brief lives, massive luminous stars gradually eject enriched gas into the interstellar medium, adding heavy elements critical to the formation of future stars, terrestrial planets and organics. In their spectacular deaths as supernova explosions, massive stars violently inject even more crucial ingredients into the mix. The first generation of massive stars in the history of the Universe may have laid the imprint for all future stellar history,” Moffat explained. “Yet, massive stars – rapidly spinning and with radiation fields whose pressure resists gravity itself – are arguably the least understood, despite being the brightest members of the familiar constellations of the night sky.” Other less-massive stars, including stars similar to our own Sun, also contribute to the ecology of the Universe, but only at the end of their lives, when they brighten by factors of a thousand and shed off their tenuous outer layers.

BRITE-Constellation is in fact a multinational effort that relies on pioneering Canadian space technology and a partnership with Austrian and Polish space researchers – the three countries act as equal partners. Canada’s participation was made possible thanks to an investment of $4.07 million by the Canadian Space Agency. The two new Canadian satellites are joining two Austrian satellites and a Polish satellite already in orbit; the final Polish satellite will be launched in August.

All six satellites were designed by the University of Toronto Institute for Aerospace Studies – Space Flight Laboratory, who also built the Canadian pair. The satellites are were in fact named “BRITE Toronto” and “BRITE Montreal” after the University of Toronto and the University of Montreal, who play a major role in the mission. “BRITE-Constellation will exploit and enhance recent Canadian advances in precise attitude control that have opened up for space science the domain of very low cost, miniature spacecraft, allowing a scientific return that otherwise would have had price tags 10 to 100 times higher,” Moffat said. “This will actually be the first network of satellites devoted to a fundamental problem in astrophysics.”

The nanosatellites will be able to explore a wide range of astrophysical questions. “The constellation could detect exoplanetary transits around other stars, putting our own planetary system in context, or the pulsations of red giants, which will enable us to test and refine our models regarding the eventual fate of our Sun,” Moffatt explained.

The launch is wonderful news for all Canadians. This is firstly because BRITE-Constellation extends the leading positions in small satellite technologies and stellar astrophysics that the Canadian aerospace industry and scientific community already occupy. Secondly, as it targets the brightest naked-eye stars in the sky, the researchers anticipate that the project will have a special appeal to the wider public, including city dwellers and especially children and teens.

Notes
Dr. Anthony Moffat is a professor emeritus of the University of Montreal’s Department of Physics. He is a member of the Centre for Research in Astrophysics of Quebec and was appointed as a fellow of the Royal Society of Canada in 2001. He is the scientific mission lead for the Canadian contribution to BRITE. The University of Montreal is officially known as Université de Montréal. 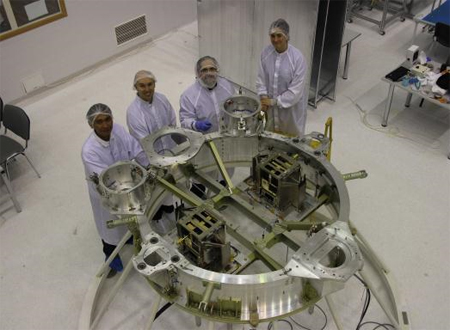 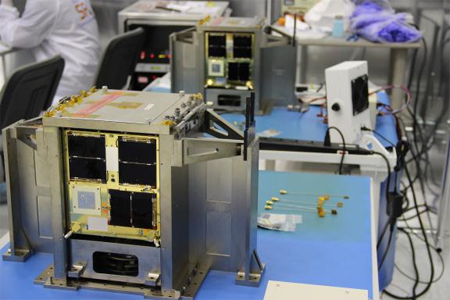